The plan for this bathroom was to create a luxury, spa-like feel with a tonal grey colour scheme, inspired by visits to high- end hotels. ‘We had a clear idea of what we wanted to achieve but needed a bathroom expert to tell us what was technically possible,’ the client recalls. ‘We searched online and in local newspapers and magazines, and visited several companies before we found the one we wanted to work with. In the end we chose Lewis Charles as we felt they really engaged with us.’

The client worked closely with us to come up with the new layout. One of the key problems with the old bathroom was that there were two entrance doors, which made it feel more like a circulation space than somewhere to relax. After removing one of the doors, the rest of the layout just fell into place with space for a larger bath, as well as a double sink with vanity unit and a run of storage along one of the walls.

Among other requirements was to have a larger shower cubicle with a thermostatic, colour-changing chromotherapy shower. The latest bathroom technology is evident throughout the finished space – from the wall-mounted television to the electric toilet with its sensor-activated flush.

Lewis Charles put the client in touch with a team of recommended plumbers, tilers and builders, who completed the new-look space in just six weeks. ‘It was great having one company manage the whole thing as it meant we could just make the decisions, then wait for it all to come together,’ says the client. ‘I think we were very lucky as everything went seamlessly.’ 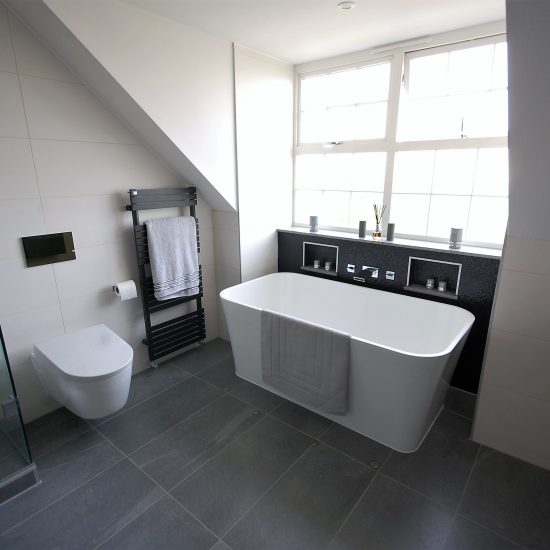 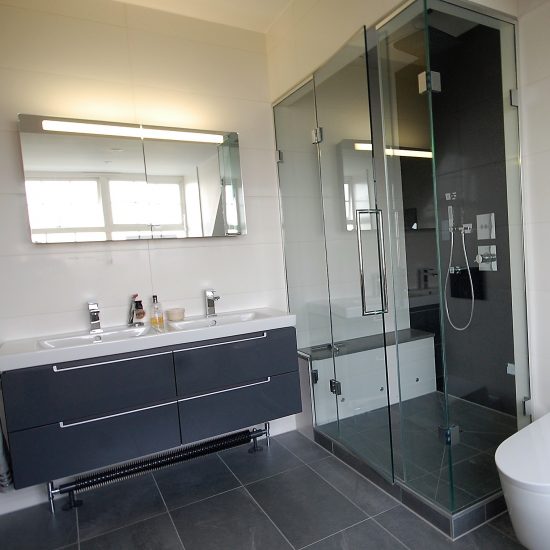 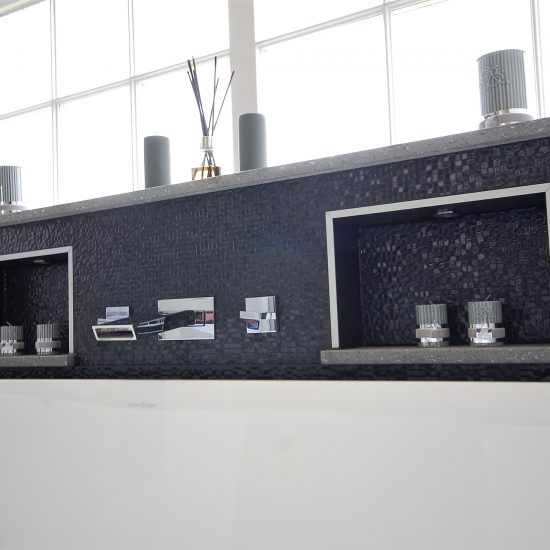